Your First Look At The Designer Prefab Homes Coming To Manila

Robbie Antonio introduces the concept that revolutionizes art and architecture with designs that are “transportable, accessible, and collectible. 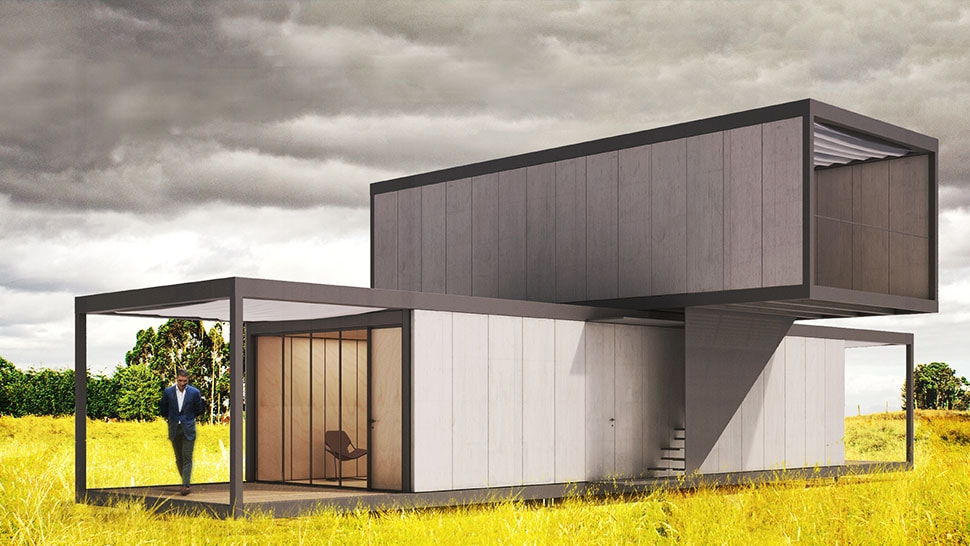 When Robbie Antonio dreams, he dreams big. As the founder and CEO of Revolution Precrafted Properties, an innovative enterprise that produces and sells limited edition prefabricated homes and pavilions, Robbie is set on democratizing the ultra high-end architecture arena by making designer homes more accessible and affordable to a broader market. Working with an ever-growing roster of internationally celebrated architects and artists, and by taking advantage of the latest building technologies and cost-efficient production systems, Revolution is looking to disrupt the trending prefabricated industry and change the way we think about it. “Prefabrication no longer means cookie-cutter construction, or one-size fits all,” says Antonio. “It is moving towards space where traditional construction methods give way to high-precision and high-quality architecture.”

Equipped with strong marketing prowess and astute business acumen, Robbie received his bachelor’s degree in Economics from Northwestern University and his master’s degree in Business Administration from Stanford University. Currently, he is also the managing director and head of international brand collaborations for his family’s listed real estate corporation, Century Properties Group, and the founder and chief executive of the New York-based Antonio Development. Understanding the power that is found in a name, Robbie has been credited with conceptualizing the collaborations of all of the luxury brands that Century Properties has brought into the Philippines such as the Paris Beach Club by Paris Hilton at Azure Urban Resort Residences; Trump Tower; Century Spire by Daniel Libeskind with interiors by Armani/Casa; the Milano Residences, the first Versace-designed residences in Asia; Acqua Livingstone Residences, the first Missoni Home-designed residences; and Forbes Media Tower, the first Forbes-branded building in the world.

For Revolution, Robbie has taken that same strong branding philosophy and has assembled a pool of talent that includes some of the world’s most creative geniuses: architects Philip Johnson and Allan Ritchie; the late Zaha Hadid with Patrik Schumacher; Daniel Libeskind, Jean Nouvel, Marcel Wanders, and Kengo Kuma; artists David Salle in collaboration with AA Studio and Francesco Clemente; as well as music and fashion icons Lenny Kravitz and Daphne Guinness. The list does not end there—in fact, it is only the beginning.
An avid art collector, Robbie immediately recognized that with access to creations by such star talents, Revolution can not only offer high-quality, well-designed prefab residences to design-conscious dwellers around the globe, but what many consider to be the genius idea behind the project: He now has the exclusive license to produce works of highly collectible art to a discerning clientele and a hungry international art market. Keeping this art appeal in mind, Revolution was first launched in December 2015 at Design Miami, the annual global design forum for collectible design that runs alongside Art Basel Miami. The project was again showcased at Art Basel Switzerland and most recently at the Foire Internationale d’artContemporain art show. Highlighting the home Simple, designed by Pritzker Prize-winning architect Jean Nouvel, the wunderkind architect of the ongoing Louvre Abu Dhabi project, Simple was presented in the gardens in front of the Louvre Paris museum, marking the first time that one of the designer homes by Revolution was constructed in Europe.

As unique as the project is, Revolution serves both individual end-users as well as land owners and developers with specific needs for their own high-end real estate projects. Although the prefab homes adhere to very specific designs, they include a modular capacity to expand, and a few designs even allow for expansion from a one- to four-bedroom layout. Fully functional, the structures are delivered three months from the initial order, ready for assembly, and begin at $150,000, with most homes averaging at $300,000, excluding shipping, installation, and, of course, land cost. While not cheap, they offer a value proposition in terms of what they would cost if they were commissioned individually.
Then there is also the flexibility of each unit, as the structures can be dismantled and moved from location to location. The ability to develop and deliver these designer prefab residences at relatively low price points can be attributed to low construction costs due to global sourcing and manufacturing and shorter build times.

The Nest Pod by Fernando Romero, and Matilda Home by Doriana and Massimiliano Fuksas for Wallpaper.

Just as all works from an artist are not considered equal, Robbie understood that to ensure the success of this project, he would need to get the best work out of each architect or artist, and that would require constant communication between the designers and the producers.
At the beginning of the engagement, the only instructions that Robbie communicated to each designer was to make a structure from 50 to 250 square meters and with components that could fit in a shipping container, giving them complete freedom with their creations. As expected, each unique design comes with its own set of challenges and special fabricators are sourced around the globe to execute the designer’s vision.
No two homes or pavilions are alike, and they possess their own particular process, distinct materials, and production needs. While some of the homes are better suited to particular climates and environments, materials need to be kept flexible. For example, the double-glazed glass used in warm weather climates need to be changed when the home is sent to a very cold region. “For the most part, though, we want to make each home from end-to-end, in the same place, creating a center of excellence for each one,” says Franco Varona, Revolution’s chief operating officer. “We want to be able to put in a container, send it, and rebuild it."

Robbie says that his references for his prefabricated structures are the works of Jean Prouvé, the French architect who pioneered prefab housing as early as the 1940s and who originally built his series of Maison Demontable, or demountable houses, from steel and wood for those who lost their homes in World War II, and the Serpentine Pavilion in London. With one of the Prouvé homes on display at the Design Miami in 2015, his original, socially conscious homes have recently garnered media attention, although they have fascinated architects and collectors for years, and are now seeing seven-digit figures at auction.
​
Today, Revolution is actively pursuing carefully chosen worldwide real estate developers with a long-term goal of creating Revolution neighborhoods in the countries and regions that they have identified as key, but in the process, they are also discovering markets in certain places that weren’t originally conceived in their original plans, as there is so much interest and potential for the art-installation communities they envision. “Soon to come is the launch of structures designed by two Filipino architects and even something even bigger than all of this,” says Robbie. And when Robbie Antonio uses the word “bigger,” we can only imagine how big.
By ALICIA COLBY SY
www.townandcountry.ph