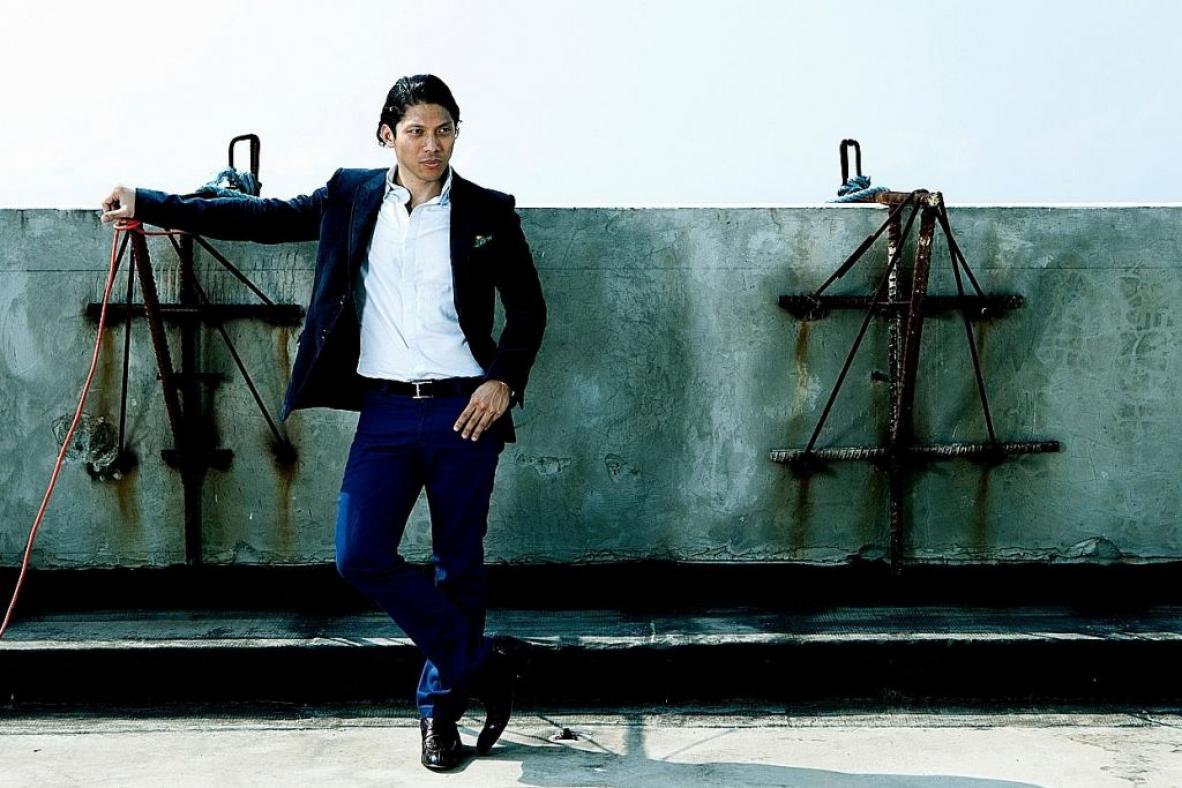 Mr Robbie Antonio, the man behind Revolution Precrafted, is not surprised that it reached "unicorn" status - start-ups valued at over US$1 billion (S$1.32 billion) - in less than two years. "The population is here: 100 million people. The growth rate is high. It's a big market. Next to Indonesia, it's pretty much the Philippines," he said.
In December 2015, Mr Robbie Antonio started a company that sought to disrupt the business that had been so good to his family.

Revolution Precrafted broke all the rules of real estate. It did not own land, and it built homes without deploying huge volumes of cement, steel and other construction materials, as well as thousands of workers, to a site.
Instead, it had a network of fabricators that produced the basic parts of a home, and then the parts were shipped and put together on-site, like Lego bricks. That saved time and labour, and brought down costs the more the process was scaled up.

Customers could view the designs and order a home online, anywhere in the world, and then move in 90 days later.
"It's all about taking risk," Mr Antonio told The Straits Times.

That gamble paid off. Last November, Revolution became the Philippines' first "unicorn", as start-ups valued at over US$1 billion (S$1.32 billion) are called.

ART OF DISRUPTION
Designer prefab is an oxymoron. It is not supposed to be beautiful. But what we've been doing is the complete opposite.
MR ROBBIE ANTONIO, on mating the concept of prefabricated homes with high-brow brands. 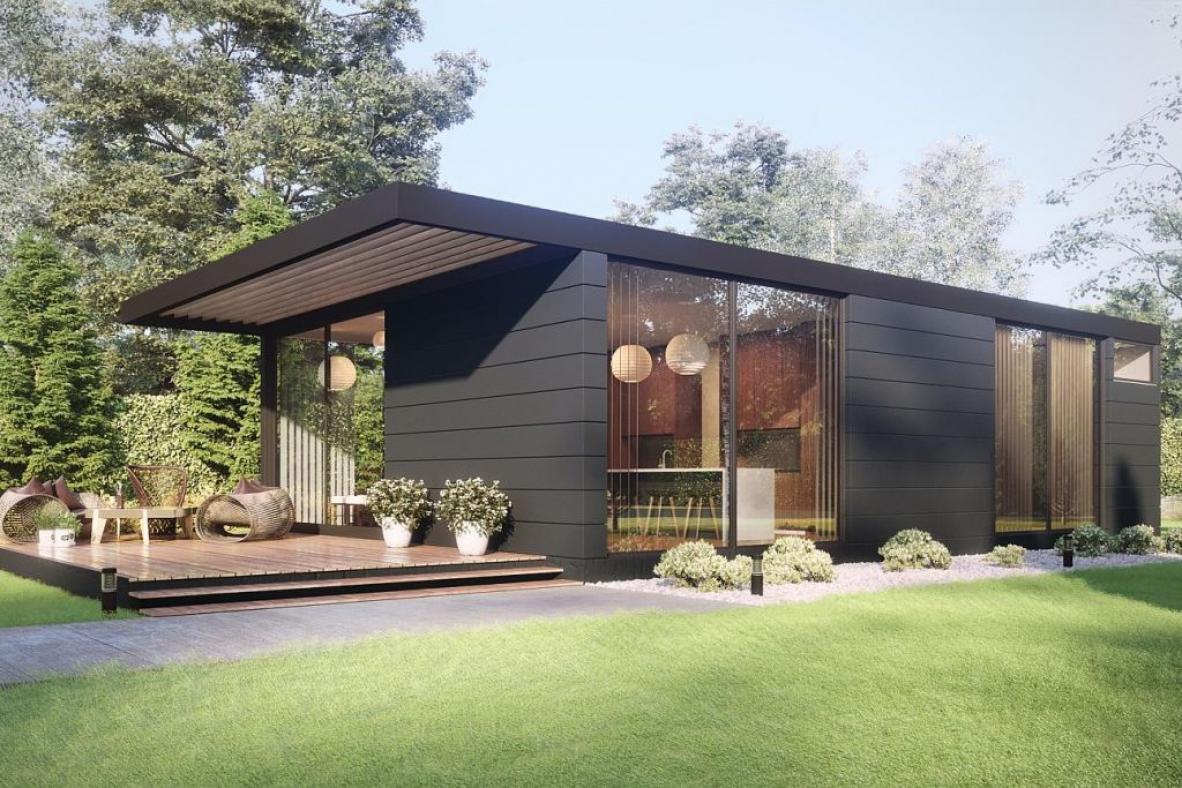 Revolution Precrafted has a network of fabricators that produce the basic parts of a home, and then the parts are shipped and put together on-site, like Lego bricks. This saves time and labour, and lowers cost.
Getting there took less than two years.

Revolution became profitable barely a year after it opened for business. It signed a US$1.1 billion deal in November 2016 to develop a 142ha retirement village with 8,520 homes near the foothills of Mount Batulao in Nasugbu town, two hours south of Manila. The homes cost between US$40,000 and US$1 million.

By March last year, the company was valued at US$256 million. Seven months later, it was already worth more than US$1 billion, following a funding round led by Singapore-based venture capital firm K2 Global. The company currently has US$2.1 billion worth of projects in the pipeline. It recently inked a US$3.2 billion deal to provide Dubai-based property developer Seven Tides with high-end, prefabricated condominium apartments and hotel villas at The World Islands resort. It has also signed a supply deal with Myanmar's KT Group for several projects, including the US$1.2 billion Okkyin City in Yangon.

"I think what the investors saw was a super-ambitious, high-growth company with unlimited potential geographically and product-wise, dominating the space," said Mr Antonio.

The 41-year-old is no newcomer to the property business, having helmed Century Properties, his father's real estate company specialising in high-end developments, since 2009. That lofty perch gave him access to a rarefied list of international Hollywood celebrities, star athletes, top designers, architects, artists and high-flying politicians. He has leveraged it to add sheen to a brick-and-mortar business.

Century Properties has collaborated with fashion houses Versace, Missoni and Armani, as well as celebrity socialite Paris Hilton, to design its high-end condominiums. A profitable, albeit much scrutinised, recent partnership was with US President Donald Trump, for the 57-storey Trump Tower.

Mr Antonio used that same formula to build Revolution. He took the concept of prefabricated homes, normally associated with mass production and assembly lines, and mated it with high-brow brands.
"Designer prefab is an oxymoron. It is not supposed to be beautiful. But what we've been doing is the complete opposite," he said.

Revolution's prefabricated units are "designer" homes, drawn up by over 60 top architects and designers, among them the late Zaha Hadid, Tom Dixon, Sou Fujimoto and David Salle, and celebrities Daphne Guinness and Lenny Kravitz. Instead of being boxy, monotonous container vans, the homes have dramatic lines, slanted roofs and walls of glass. Each can be customised to suit a buyer's specific taste.

Revolution has its sights set on opening 20 offices, mostly in South-east Asia.
"The potential is so huge. The home is often our most expensive purchase. If some entity like ourselves has the capability to serve the world through designer homes at an accessible price point, I think that's very, very disruptive," said Mr Antonio.
​
There are, however, still barriers to public acceptance of prefabricated homes.
"Many home owners tend to be traditional, and they might not see a prefab home to be as long-lasting as a dwelling built from the ground up," said Ms Jillian Cariola, a consultant with MyProperty.ph.

There are also limits to customisation, as panels, windows and other parts are factory-made, she added.
She also noted that most prefabricated homes require large upfront payments.

"Unlike a regular home, which you can pay for in monthly amortisations, you will have to pay the entire amount for a prefab home right away to own it."

Still, Mr Antonio is not surprised that Revolution reached "unicorn" status in so short a time.
Angel investors have been flocking to South-east Asia, and the Philippines, with a host of promising start-ups, offers good returns.
​
"The population is here: 100 million people. The growth rate is high. It's a big market. Next to Indonesia, it's pretty much the Philippines," he said.